Each week in Canada, 560 people hear the words, “You have lung cancer.”

Lung cancer is the most commonly diagnosed cancer in Canada. It is responsible for more cancer deaths than breast, colorectal and prostate cancers combined. Unfortunately, the chance of being diagnosed with lung cancer and the chance of dying from it are much higher for some people in Canada than for others.

Interview with a lung cancer patient

Watch A Long Road to Care. Lorne, a lung cancer survivor in Alberta, shares his story.

This lung cancer and equity report shows that people with lower income and people who live in rural and remote communities experience inequities in cancer risk, access to care and outcomes. These inequities are largely the result of the different groups experiencing the social determinants of health in unequal ways. This reality creates barriers that affect some populations more than others: 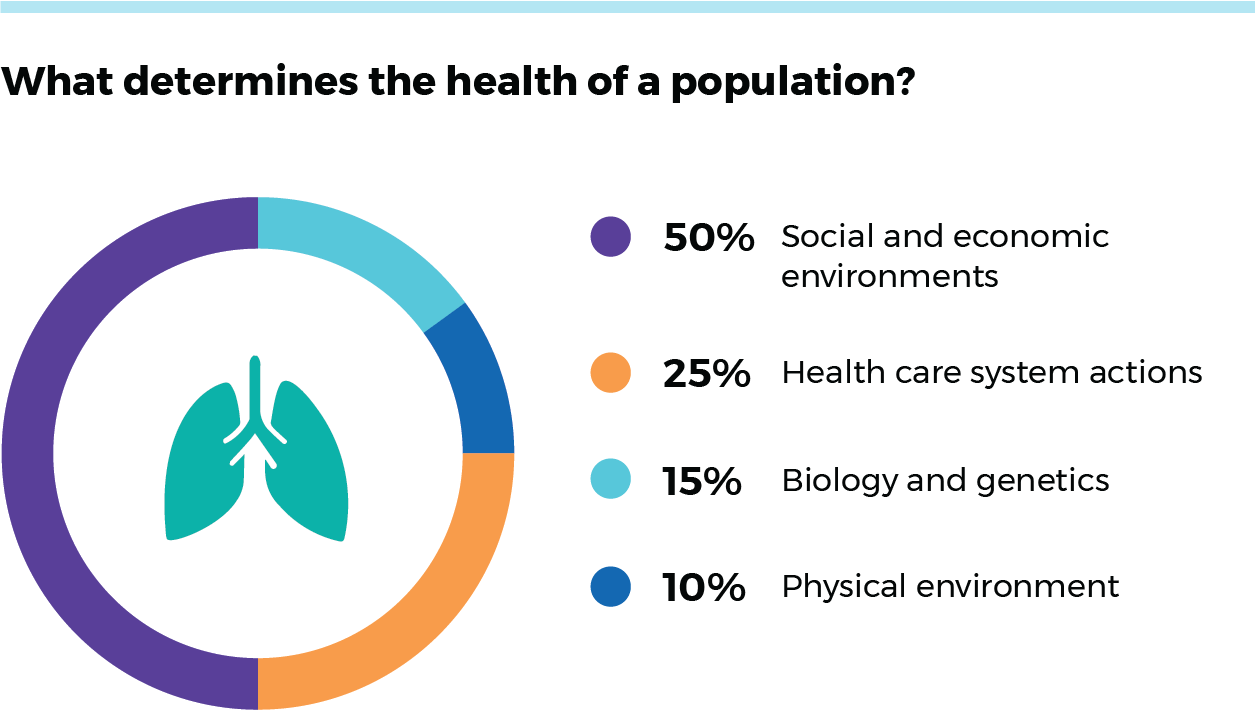 When we assess a person’s chances of being diagnosed with lung cancer or dying from it, we need to look beyond physiological factors and individual behaviours. Although some people’s cancer risk is due to biology and genetics (and behaviours such as smoking), lung cancer care and outcomes are largely affected by social and economic environments, which affect some populations more than others. The social and economic environments that drive 50 percent of population health differences can often be measured by looking at people’s family incomes and where they live (e.g. urban vs. rural communities).

We explain how systemic barriers put certain individuals at much higher risk for developing cancer, and limit their ability to access much-needed care. These realities result in substantially worse outcomes for such people. Changes at the policy and system levels—such as culturally safe, organized lung cancer screening programs—are needed to reduce inequities and provide better care for everyone living in Canada.

How we use terminology in this report

For the first time, data are available to examine the extent of disparities in lung cancer among people with low income and those who live in rural and remote areas. We were able to use Statistics Canada’s Social Data Linkage Environment (SDLE) to link cancer patient registry data to databases such as the income tax record. This report is just a first step toward gathering more comprehensive data on the impact of a wide range of factors—such as First Nations, Inuit and Métis identity; immigration status; and race and ethnicity—on cancer care access and outcomes for people in Canada.

Next: Social determinants of health