The current state of colorectal cancer screening in Canada

Every jurisdiction has organized colorectal screening programs except for the Northwest Territories, Nunavut and Québec (which are in the process of planning or implementing them). The screening participation rate across the country is still below the national target of 60%. However, many programs have just been recently implemented and are already seeing increased participation rates. Now, to achieve maximum impact, screening programs can further engage with communities and meet the needs of all populations.

Participation rate is the percentage of the eligible population who successfully completed a fecal test in an organized cancer screening program within a two-year period. 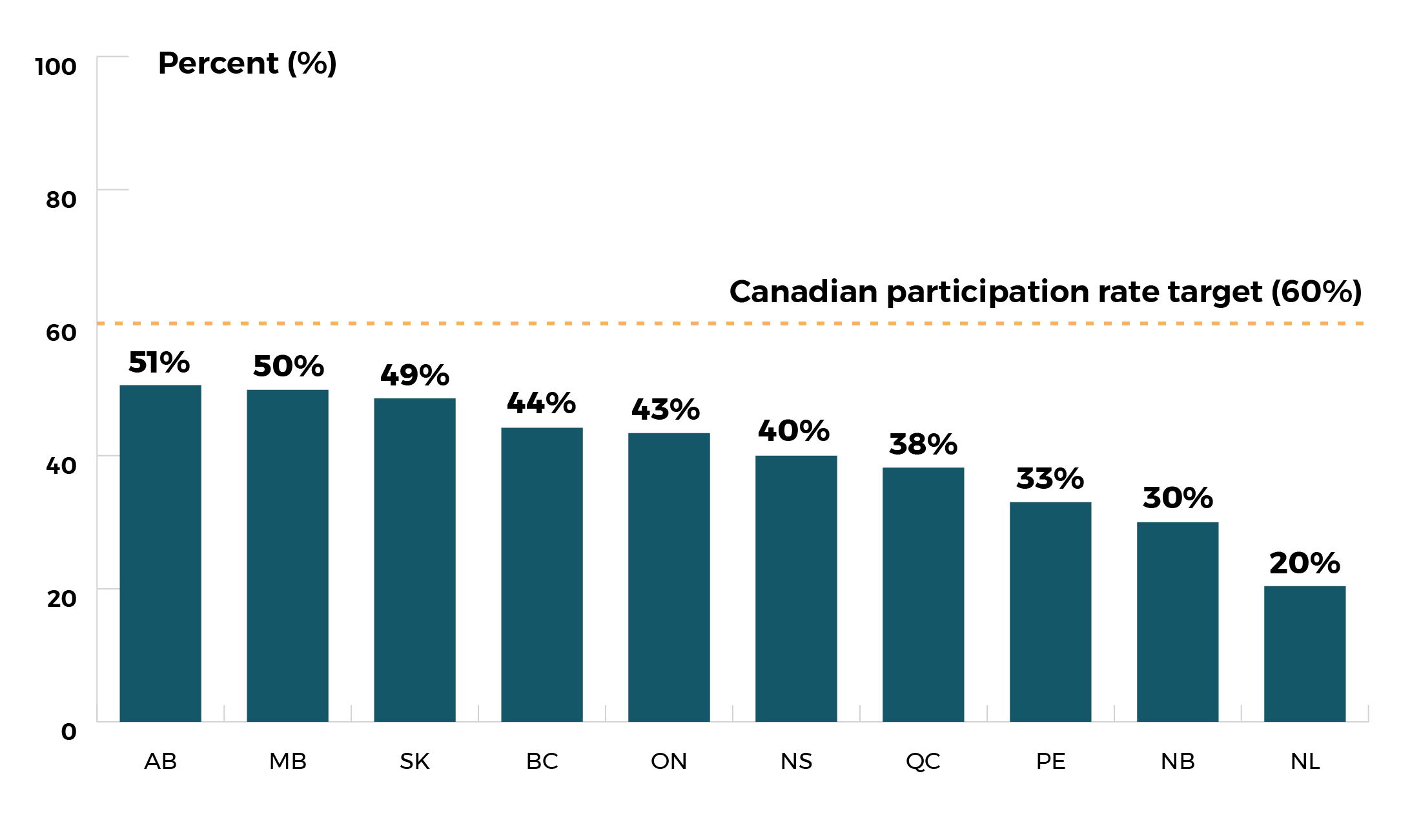 Up-to-dateness colorectal screening rates reflect the population who self-reported having had a fecal test in the past 2 years, or a colonoscopy or flexible sigmoidoscopy in the past 10 years. Read the definition of “up to dateness” and other key terms on our Definitions page. 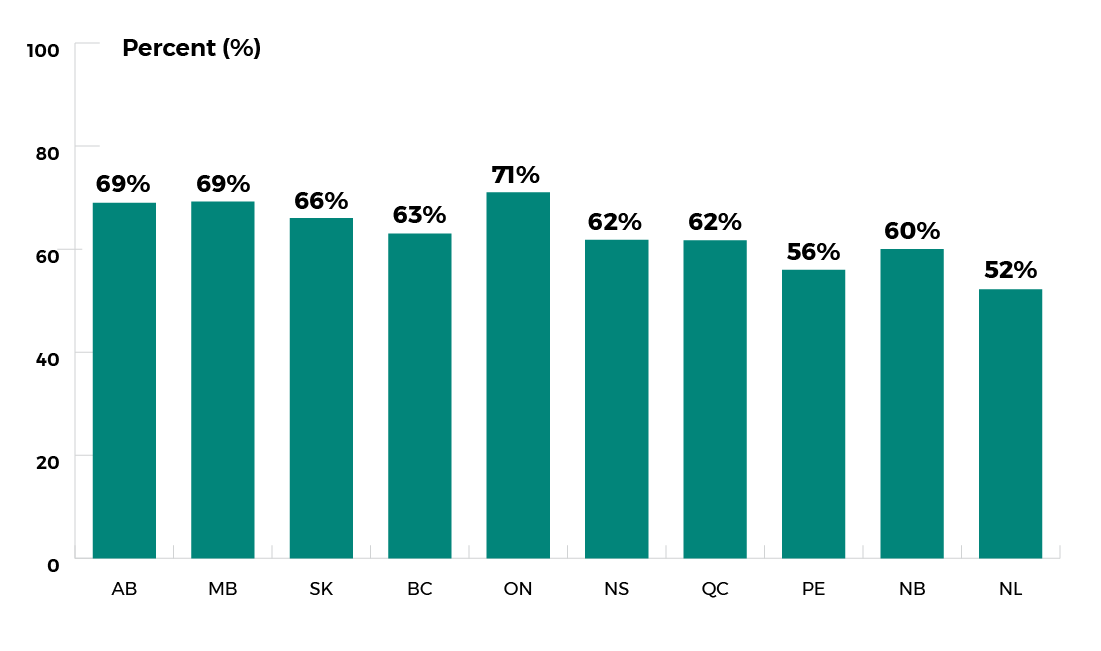 Learn more about the status of colorectal cancer screening in Canada in our 2019-2020 environmental scan.

People in the lowest income quintile are 14% less likely to have been screened than those in the highest quintile. 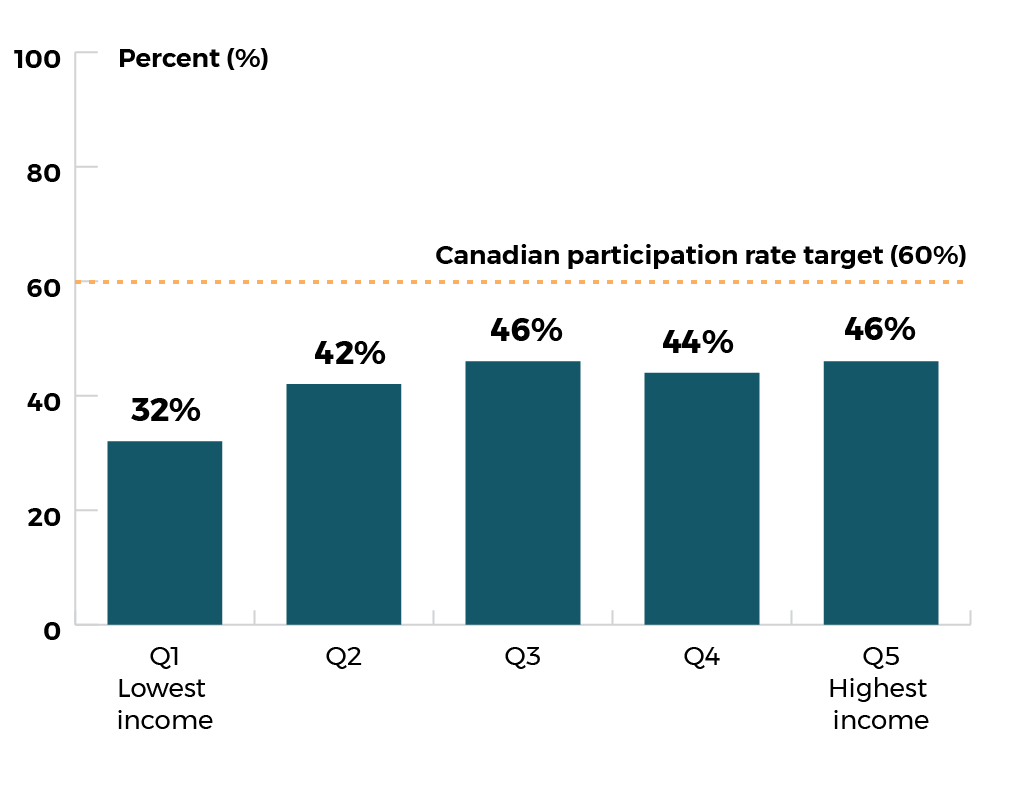 Meeting the national screening rate target across all income quintiles could avoid 250 cases of colorectal cancer and prevent 130 deaths each year. Half of the prevented deaths would be among the lowest two income quintiles. 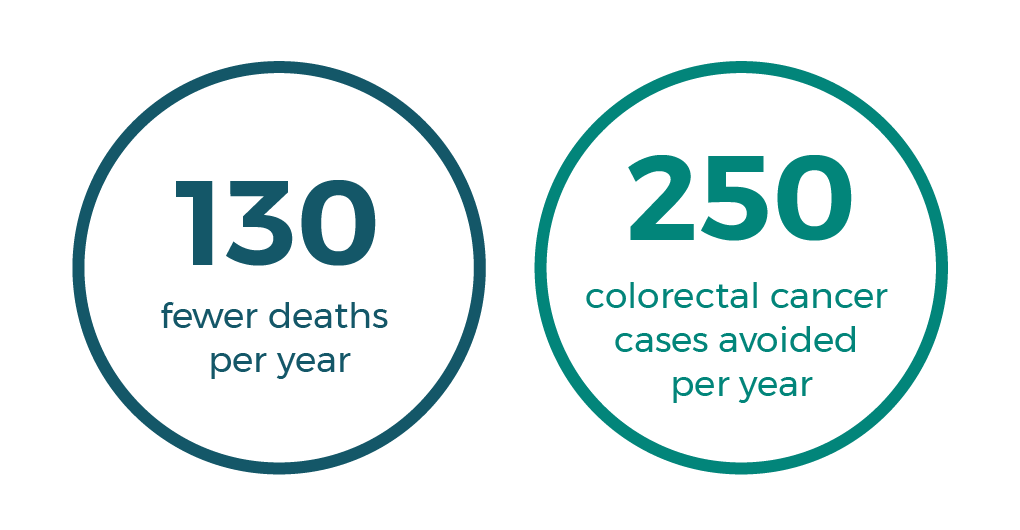 Immigrants from the Caribbean and Latin America have the highest screening rates—higher even than Canadian-born individuals. Those from the Middle East, Western Asia and North Africa have the lowest rates. 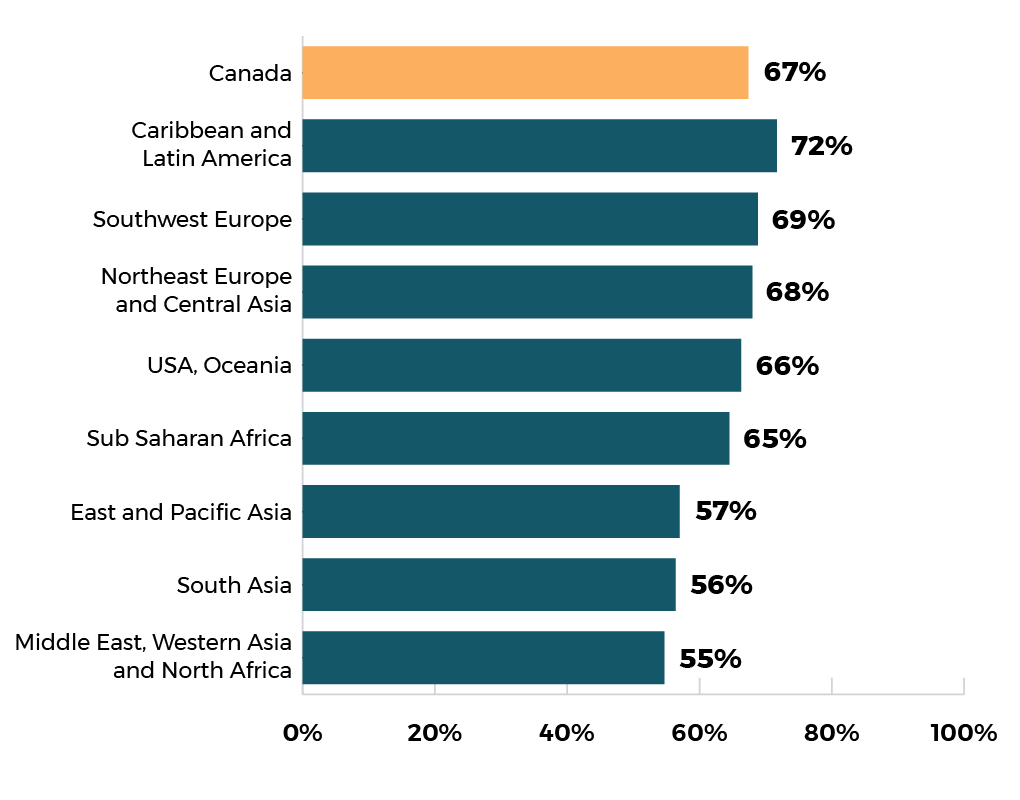 Nearly two-thirds of recent immigrants said they hadn’t been tested because they didn’t know the test existed or was needed. 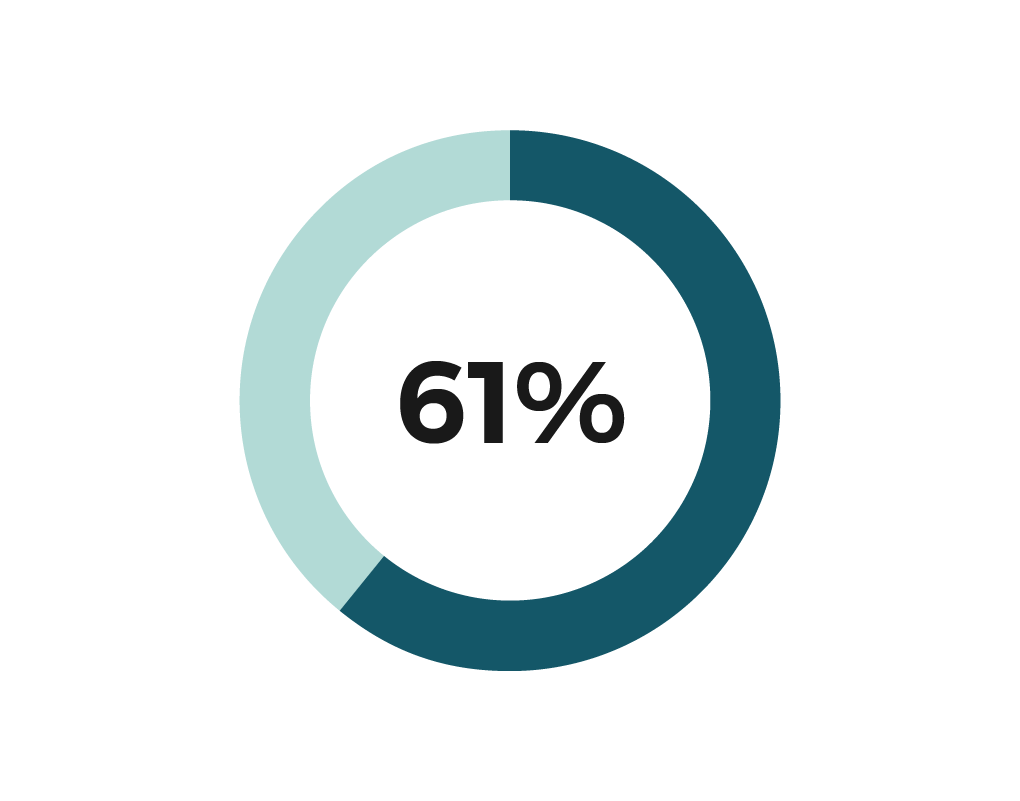 People who speak primarily English and/or French at home have higher screening rates than those who speak Indigenous or other languages. 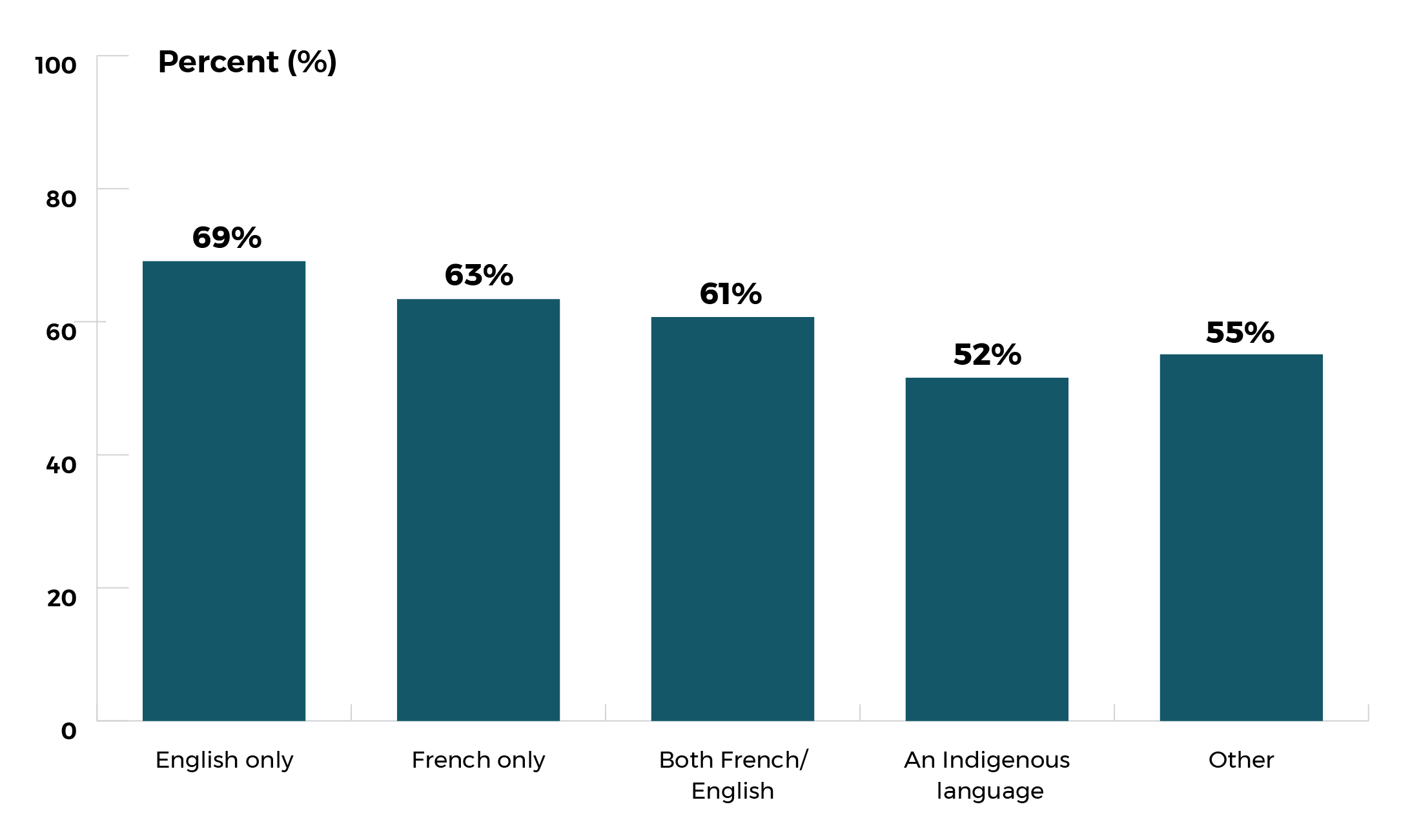 Although screening rates are not significantly different between urban and rural/remote areas, the incidence of colorectal cancer is 13% higher among people living in rural and remote areas. 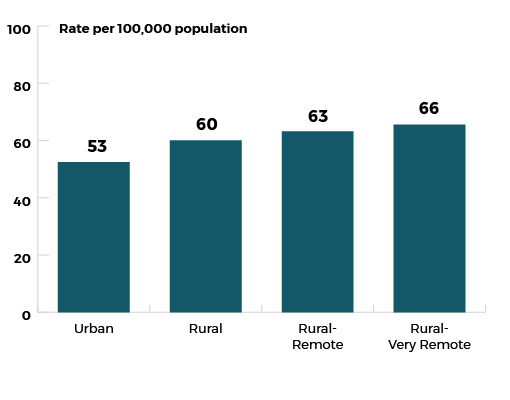 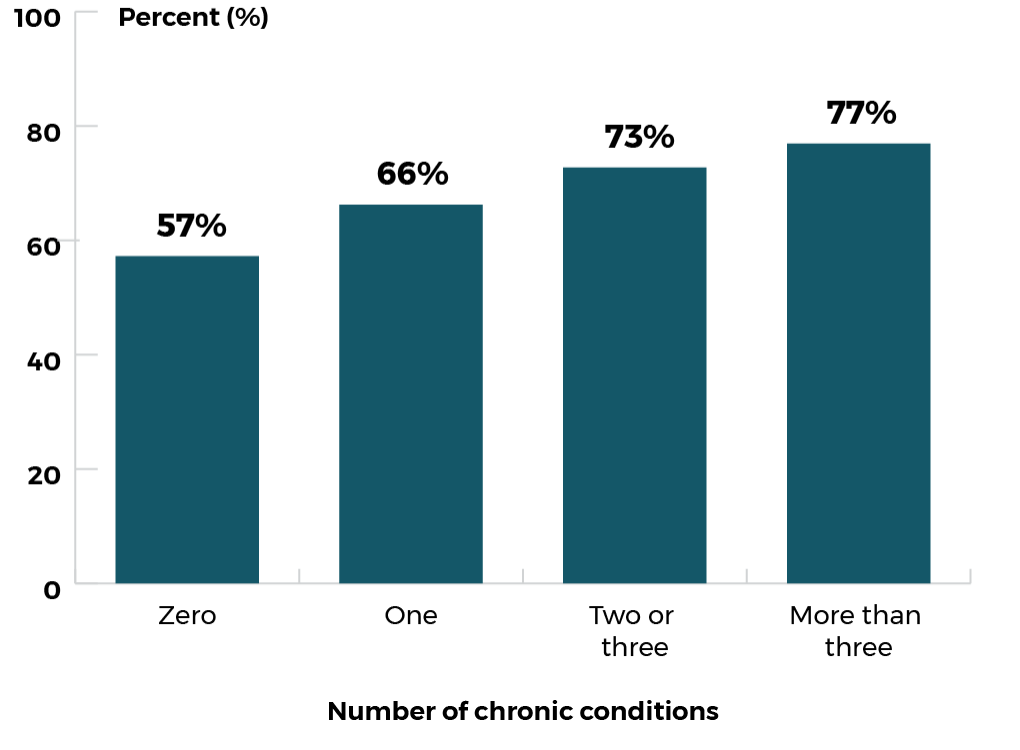 People with mental illness may be less likely to get screened for colorectal cancer. For example, in the US, screening rates among people with a mental illness are 20-30% lower than the rates of the general population. 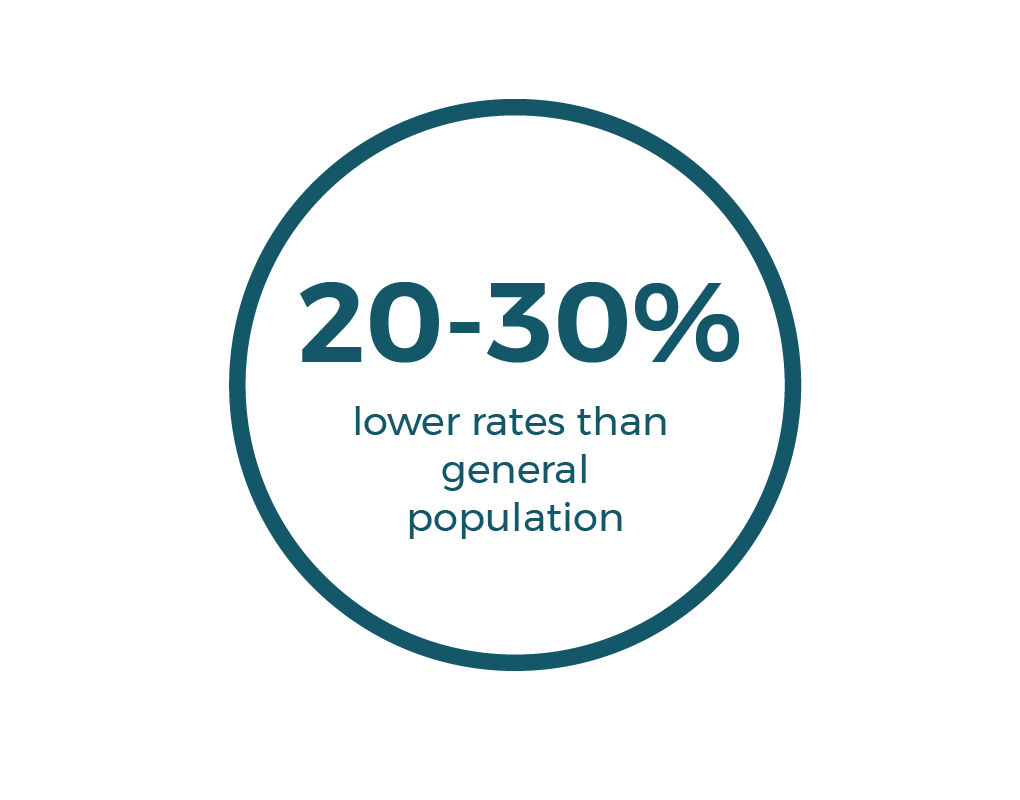 People with hearing or memory loss are more up to date in their screening than people without these disabilities. 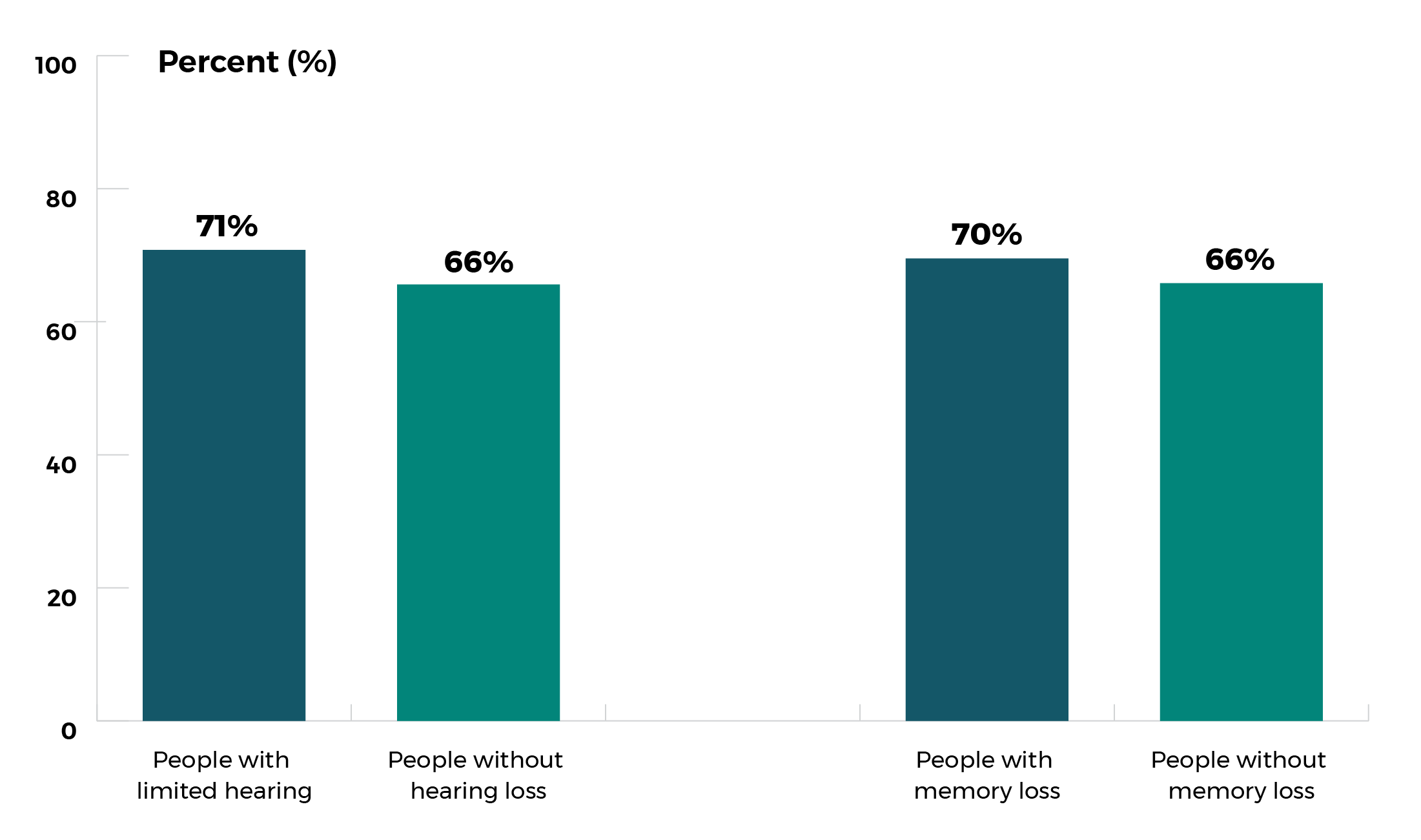 Previous: Summary
Next: Barriers and inequities