Why is this important? One of the benefits of screening is to find cancer at an earlier stage, which allows for more successful treatment, leading to a reduction in colorectal cancer mortality and more favorable outcomes. The incidence of colorectal cancer diagnosed at later stages (Stages III and IV) in the general population should decline as screening programs achieve higher uptake. This benefit of screening is amplified when people continue to participate in screening after their first screen, and it is expected to see fewer late stage cancers (Stage III and IV) in subsequent screens.

Indicator definition: The distribution of detected colorectal cancer by TNM stage. TNM stage describes the tumour, lymph nodes, and metastasis of a cancer.

Numerator: The number of people with invasive Stage I, II, III, or IV colorectal cancer.

Denominator: The number of people with invasive colorectal cancer detected by the screening program and confirmed by pathology at follow-up colonoscopy within 6 months after an abnormal laboratory fecal test result within the measurement timeframe.

How does 2017/18 compare to 2013/14? Compared with data in the colorectal cancer screening report for 2013-14 where early stage (Stage I and II) cancers made up 53.7 – 76.8% of all screen-detected colorectal cancers, half of the jurisdictions who provided data saw an increase in early stage cancers, and half saw a decrease. 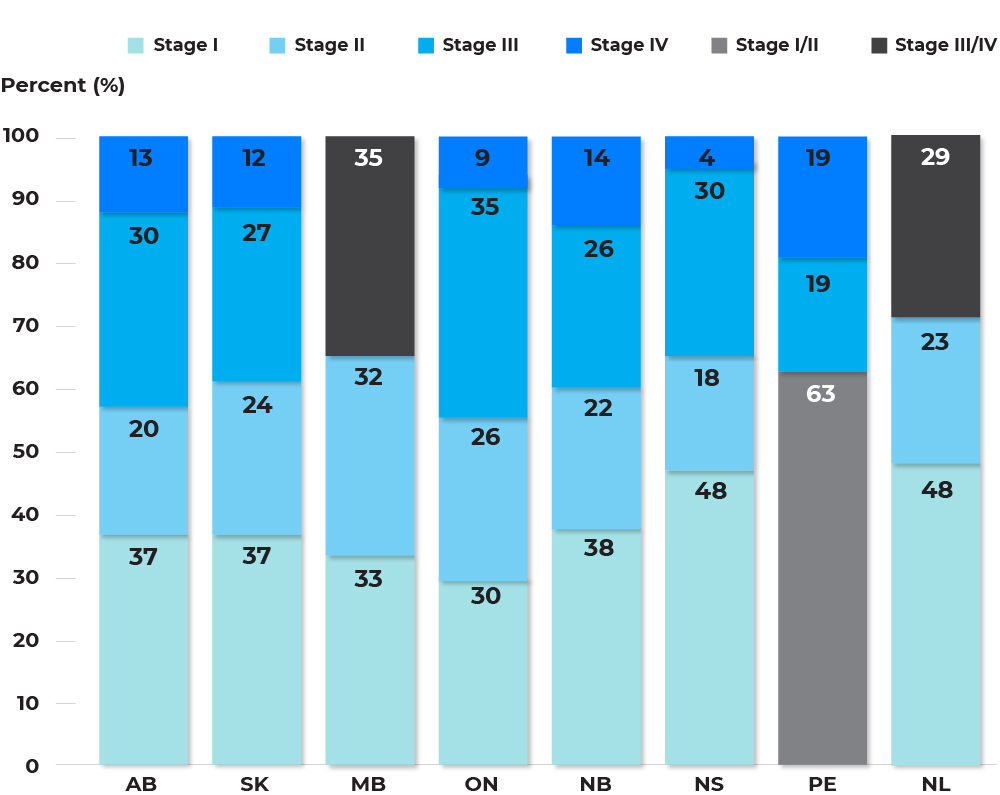 Late Stage (III and IV) colorectal cancers detected through programmatic screening range from 28.6% in Newfoundland and Labrador to 43.0% in Alberta. 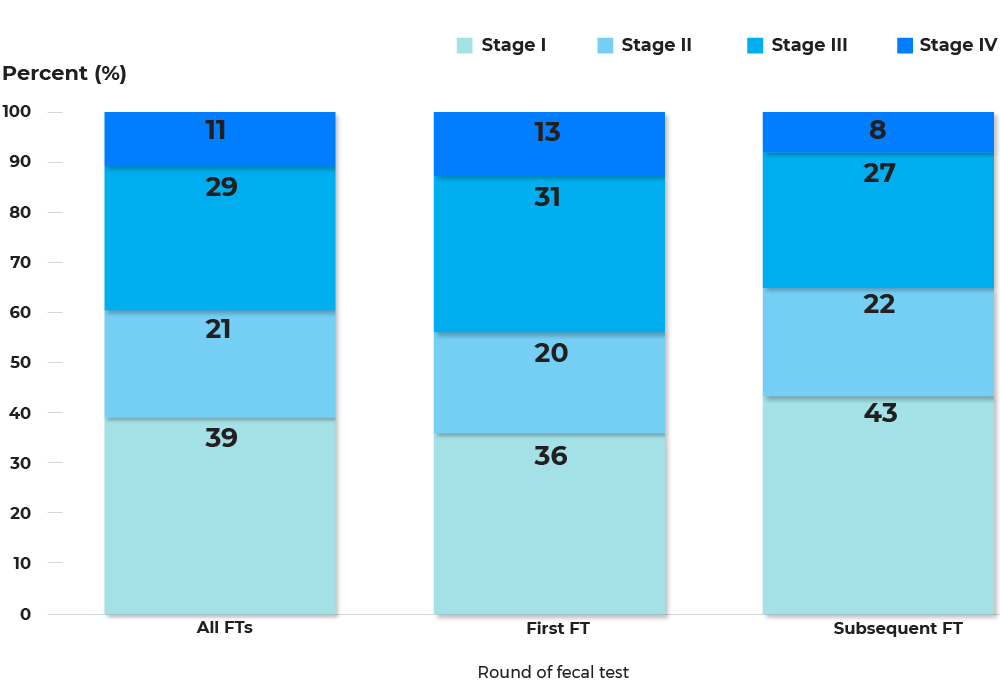 It is expected that colorectal cancer stage distribution will shift as a result of the COVID-19 pandemic with screening programs detecting more later stage cancers in the first screens of the COVID-19 pandemic recovery phase as the opportunity to catch cancers earlier may be missed. Colorectal cancer screening programs should monitor this stage shift closely to ensure that patients that are diagnosed at later stages are able to access appropriate and timely follow-up. This stage shift will also impact downstream cancer services, such as increased number of surgeries and cost of treatment.