Access data on alcohol consumption in provinces and territories across Canada 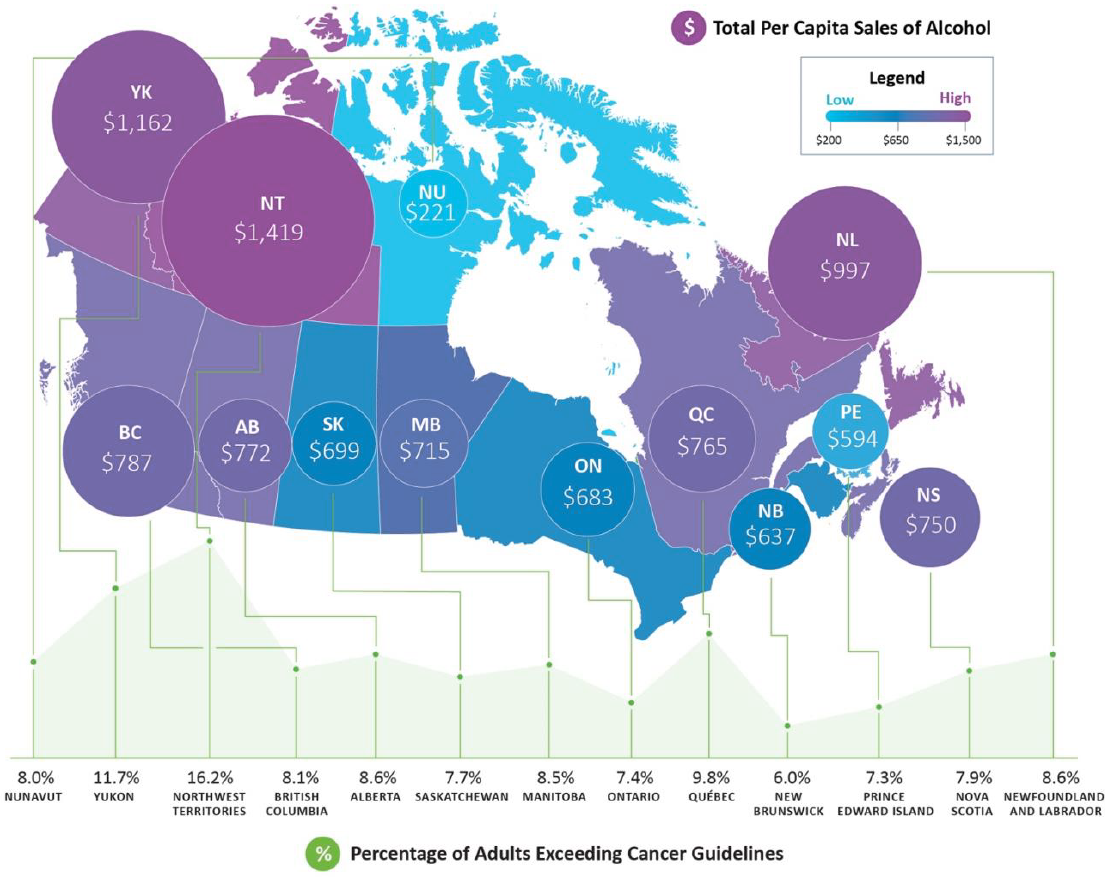 Annual and per-capita sales of alcohol, and the percentage of adults exceeding cancer guidelines

E: Interpret with caution due to large variability in the estimates.
“—”: Data not available.
References
1. Canada’s Low-Risk Alcohol Drinking Guidelines for cancer recommends no more than 2 drinks per day for men and no more than 1 drink per day for women.
2. Due to the feasibility of survey questionnaire on alcohol consumption, a daily average consumption was calculated using total number of weekly drinks the respondent reported consuming in the week prior to the CCHS interview, divided by 7 days.
3. Per capita sales by value are based on the population of inhabitants of 15 years of age and over. This allows comparability with other countries, the Organization of Economic Co-operation and Development and the World Health Organization.
4. The population estimates are based on CANSIM table 051-0001 Estimates of Population, by age group and sex for July 1, Canada, provinces, and territories, annual (persons).
5. Sales and per capita sales exclude quantities derived from import permits.
6. Data sources: Statistics Canada, Canadian Community Health Survey (CCHS), 2015 reporting year; Statistics Canada, CANSIM table 183-0023 (accessed: January 25, 2018); Statistics Canada, CANSIM table 051-0001.
a- Canadian Partnership Against Cancer (2016). The 2016 Cancer System Performance Report. Retrieved from: http://www.systemperformance.ca/report/2016-cancer-system-performance-report/
b- Canadian Partnership Against Cancer (2016). The 2016 Cancer System Performance Report. Retrieved from: http://www.systemperformance.ca/report/2016-cancer-system-performance-report/

View
Back to top