A new Partnership report, The Economic Burden of Skin Cancer in Canada: Current and Projected, examines melanoma and non-melanoma skin cancer and explores how a comprehensive cancer prevention program could help reduce the number of cases and deaths, and the costs associated with the disease.

The report highlights that, while melanoma accounts for only about 4% of total skin cancers, it causes the majority of skin cancer deaths. It also reveals that an estimated 4,600 cases of melanoma were diagnosed in Canada in 2008. 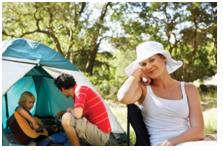 According to the report, the risk of developing melanoma is associated with several factors, including sun exposure, presence of moles, family history, and complexion (as a proxy for skin sensitivity). Excessive exposure to ultraviolet (UV) radiation increases risk of skin cancer in general, and melanoma in particular. Sunlight is a major source of UV radiation, and blistering sunburns in childhood and cumulative exposure to solar radiation are therefore considered to be specific risk factors for the disease. Sun safety is therefore a key priority of primary prevention efforts related to skin cancer and its associated economic burden.

Melanoma has a wide age distribution. While it is most prevalent in those over 80 years of age, it is also one of the more common cancers among adolescents and young adults. In Canada, melanoma is the third most common cancer in females aged 15-29 and the fourth most common cancer in males aged 15-29. With a growing and aging population in the coming decades, a dramatic rise in the totals for both melanoma and for non-melanoma skin cancer is expected, making planning for prevention efforts all the more important.

The Economic Burden of Skin Cancer in Canada was sponsored by the National Skin Cancer Prevention Committee, a former committee of the Partnership’s Primary Prevention Action Group.