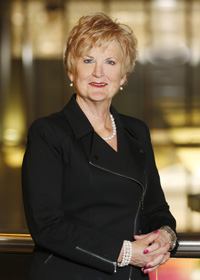 The Board of Directors of the Canadian Partnership Against Cancer is pleased to announce the election of Chris Power as Chair, effective June 20, 2014.

Ms. Power joined the Partnership’s board in June 2009 and has served as Vice-Chair since June 2013. Earlier roles include Chair of the Canadian Partnership for Tomorrow Project Oversight Committee (May 2011-June 2012) and Chair of the Human Capital Committee (November 2012-present).

Ms. Power is President and CEO of Capital District Health Authority in Halifax. She also holds appointments on several boards at a national and local level.

For her work, Ms. Power has been recognized as one of Canada’s Top 100 most powerful women in the public sector three years in a row and then was inducted into the Top 100 Hall of Fame. She has also been recognized as one of the top 50 CEOs in Atlantic Canada for five years and then was inducted into the Hall of Fame. Ms. Power was named one of Canada’s Top 25 Women of Influence two years in a row.

Ms. Power will take over the role of Chair from Chris Clark who has served in this position since June 2012. Mr. Clark has served on the Partnership’s board since the organization’s creation in 2007 and has been a member of the executive committee since that time.

The Partnership wishes Mr. Clark all the best for the future and welcomes Ms. Power as Chair of the Board.