Skip to content
About Us / Who we are / First Nations, Inuit and Métis / Foundational work

Launched in March 2014, the First Nations, Inuit and Métis Cancer Control Initiative (also referred to as the Continuity of Care Initiative) aimed to advance improvements in continuity of care in a culturally responsive and safe way, particularly with First Nations, Inuit and Métis cancer patients residing in rural, remote and isolated communities. 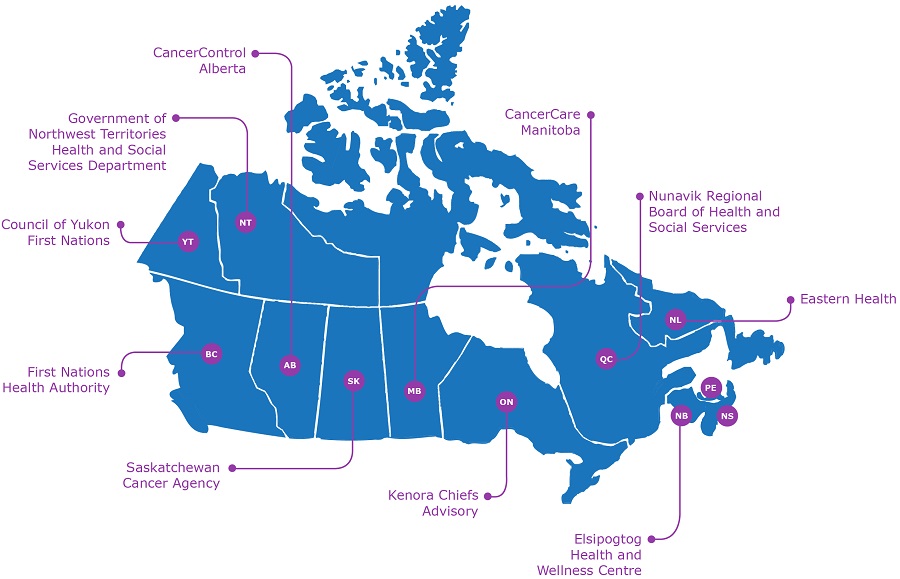 The Partnership invested in 10 multi-jurisdiction/multi-year initiatives in Yukon, Northwest Territories, British Columbia, Alberta, Saskatchewan, Manitoba, Ontario, Quebec, New Brunswick and Newfoundland and Labrador. These initiatives focused on improving supports provided at the time of diagnosis, and at several points throughout care including patients’ return from treatment centres to their home community. Each initiative is summarized on its own page.